To celebrate the release of ‘The Aftermath,’ (15) at RDC ODEON, we’ve teamed up with 20th Century Fox to offer you the chance to win an exclusive prize bundle from the film!

For your chance to win this prize, simply answer our competition question by 25 March 2019. After the closing date one winner will be selected at random and contacted by email. The winner must also be able to collect from The Red Dragon Centre.

The Aftermath’ is set in post war Germany in 1946. Rachael Morgan (Keira Knightley) arrives in the ruins of Hamburg in the bitter winter, to be reunited with her husband Lewis, a British colonel charged with rebuilding the shattered city. But as they set off for their new home, Rachael is stunned to discover that Lewis has made an unexpected decision. They will be sharing the grand house with its previous owners, a German widower and his troubled daughter.

In this charged atmosphere, enmity and grief give way to passion and betrayal. 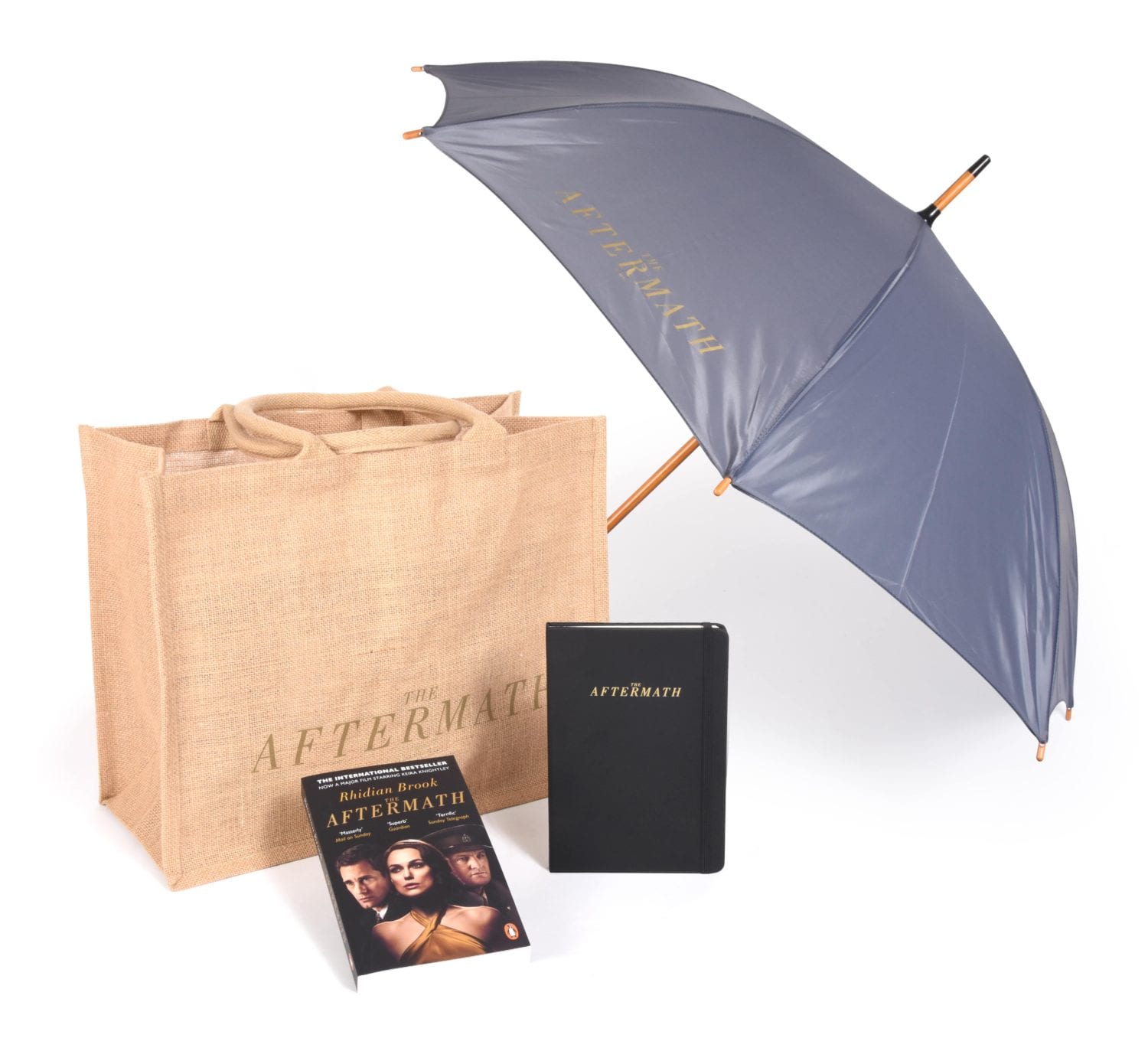 Winner must be able to collect the prize from The Red Dragon Centre; The promoter of the competition is The Red Dragon Centre; This prize can ONLY be claimed at The Red Dragon Centre; The prize draw is open to UK residents aged 18 or over; The winner will be contacted via email and will have 1 week to claim their prize; The Red Dragon Centre reserves the right to cancel or amend the competition and these terms and conditions without notice; All decisions of the management will be final and binding. No correspondence will be entered into; No cash alternative to the prize will be offered, the prizes are not transferable. Prizes are subject to availability and we reserve the right to substitute any prize with another of equivalent value without giving notice; By entering the free prize draw, the winner consents to any publicity generated as a result of the draw and use on websites, Facebook, social media platforms, magazines or mobile services at any time without further consent or payment. All data shared in entering this competition will be used for administration ONLY. We take data protection very seriously, and your data will not be shared with any third parties. Please see our privacy notice and terms and conditions for details.