Bohemian Rhapsody has rocked it’s way to RDC ODEON this October, and to celebrate it’s release we’ve team up with our friends at 20th Century Fox to give away some epic movie goodies from the film!

For your chance to win this awesome prize, simply answer our competition question by 5th November 2018. After the closing date one winner will be selected at random and contacted by email. The winner must also be able to collect from The Red Dragon Centre.

Bohemian Rhapsody is a foot-stomping celebration of Queen, their music and their extraordinary lead singer Freddie Mercury, who defied stereotypes and shattered convention to become one of the most beloved entertainers on the planet. The film traces the meteoric rise of the band through their iconic songs and revolutionary sound, their near-implosion as Mercury’s lifestyle spirals out of control, and their triumphant reunion on the eve of Live Aid, where Mercury, facing a life-threatening illness, leads the band in one of the greatest performances in the history of rock music. In the process, cementing the legacy of a band that were always more like a family, and who continue to inspire outsiders, dreamers and music lovers to this day. 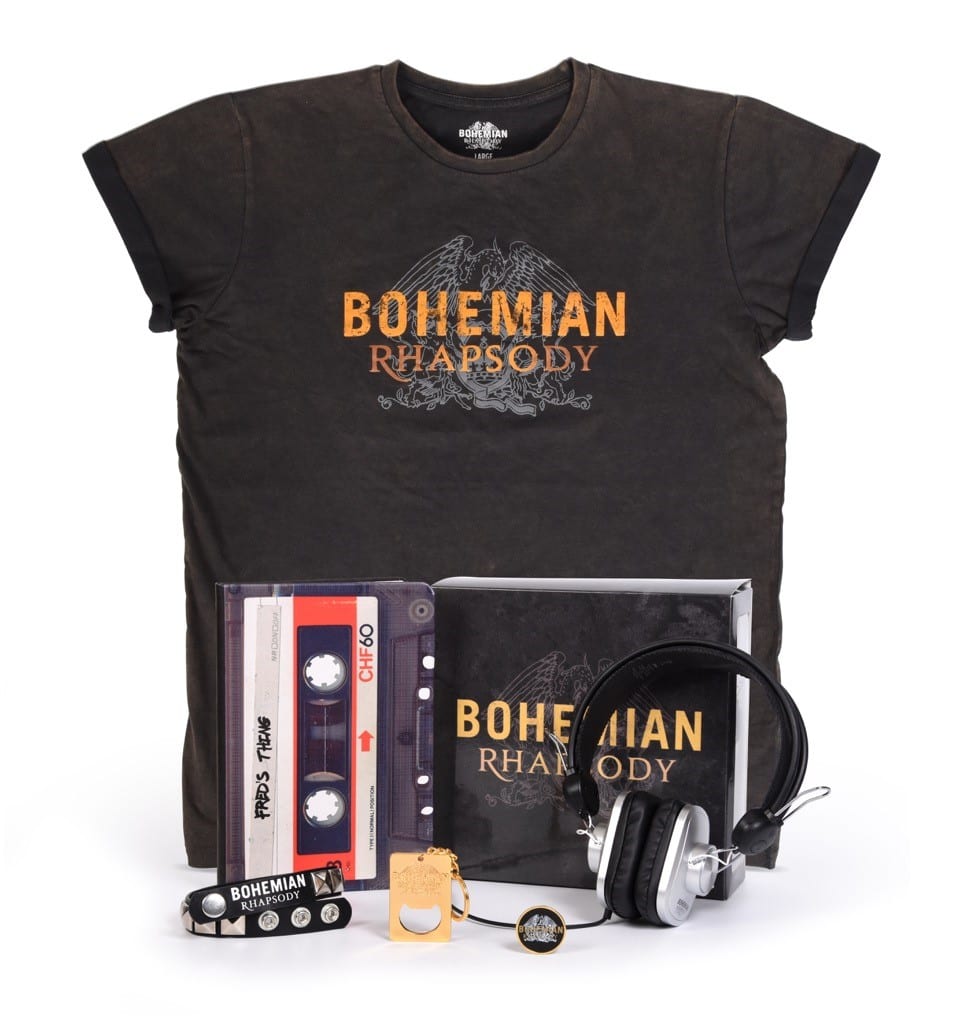 Winner must be able to collect the prize from The Red Dragon Centre; The promoter of the competition is The Red Dragon Centre; This prize can ONLY be claimed at The Red Dragon Centre; The prize draw is open to UK residents aged 18 or over; The winner will be contacted via email and will have 1 week to claim their prize; The Red Dragon Centre reserves the right to cancel or amend the competition and these terms and conditions without notice; All decisions of the management will be final and binding. No correspondence will be entered into; No cash alternative to the prize will be offered, the prizes are not transferable. Prizes are subject to availability and we reserve the right to substitute any prize with another of equivalent value without giving notice; By entering the free prize draw, the winner consents to any publicity generated as a result of the draw and use on websites, Facebook, social media platforms, magazines or mobile services at any time without further consent or payment. All data shared in entering this competition will be used for administration ONLY. We take data protection very seriously, and your data will not be shared with any third parties. Please see our privacy notice https://thereddragoncentre.co.uk/privacy-policy/ and terms and conditions https://thereddragoncentre.co.uk/terms-and-conditions/ for details.

We think the Kids, Eat, Drink & Bowl offer @HollywoodBowlUK is simply INCREDI-BOWL! ⭐ Treat the little ones after school to a children's main course, squash and a game of bowling 🎳 Book online 👉 bit.ly/33K9lXn 📷#hollywoodbowl pic.twitter.com/HRVn…

Look who fetched £3300 at auction!! 👇🥳 What a fantastic end to @ADogsTrail which has raised so much money for @DogsTrust charity. Good luck in your forever home Snoop Draig - it was a pleasure having you for 8 marvellous weeks 🥰 pic.twitter.com/zw20…

Got to love a happy competition winner! Enjoy @HayleyPincott 😃 twitter.com/HayleyPi…

Ritchie the raptor is taking a break so the babies have come out to play! Ritchie is back out at 3pm for his final appearance - don’t miss out 🦖 #dinosatTheRDc #FathersDay pic.twitter.com/Ioxt…

The countdown is over..🦖 The long-awaited #JurassicWorldDominion has arrived @ODEONCinemas 🤩 Don't forget to take a selfie with our raptor! Thanks to the dino-mite team @fonmoncastle, Jurassic fans can enjoy this "fangtastic" display in-Centre! There's also a chance to win 👇 pic.twitter.com/kSvP…