A great place for families this January

Hi. I’m Cathryn – a mum of three and author of Cardiff Mummy Says.

I’m also the official family blogger ambassador for The Red Dragon Centre and will be posting regular updates about our visits during 2018 both here and on my blog. We’ll be giving you our verdict on the latest family film releases and dining options, as well as reporting from special themed events held at the centre throughout the year.

We’re just coming to the end of the school Christmas holidays and have been to The Red Dragon Centre twice this week.

The first time was on Wednesday to see Ferdinand at the ODEON – where a family ticket for two adults and two children or one adult and three children costs just £20.

It’s a lovely film about a giant but gentle bull who is mistaken for a fierce animal and is captured and torn from his home. The country’s leading bullfighter picks Ferdindand as his opponent for his final fight and he finds himself in the ring… It’s a really lovely film about how it’s okay to be different and to stand up for what you believe in.

There are loads of great films for families at the ODEON this month. You can see a full round up over on Cardiff Mummy Says. 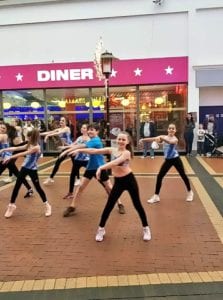 We also visited on Saturday when The Red Dragon Centre celebrated being #thehappyplace this month with a flash mob dance to Pharrell Williams’ Happy by the talented young people of Performing Arts Academy Wales. They danced for most of the afternoon to help raise funds so that they can compete in the Dance World Cup in Spain later this year. They certainly brightened our day, proving that January doesn’t have to be dull and boring. 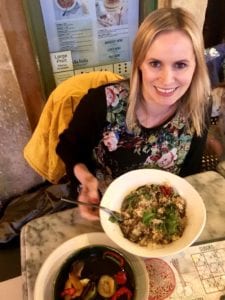 Bella Italia also invited us along to sample their new menu. My children love eating here because it’s such a family-friendly restaurant. Children are given colouring and activity sheets and pencils and their drinks are served in little glass milk bottles with reusable twirly straws. The children’s menu is great value with the Piccolo menu giving three courses for £5.95 for those 6 and under and the Grande menu £7.95 for ages 7-11. 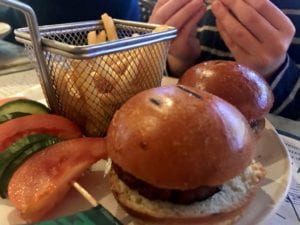 After a choice of starter of garlic bread or Dippers Italiani (grissini breadsticks, cucumber and carrot sticks served with a tomato dip) Little Miss E, my eight year old daughter, opted for a margherita pizza while both my boys devoured their Burger Bellissimo – two mini beef burgers in buns served with chips and a superstar stick loaded with cucumber and tomato.

Cardiff Daddy loved his ribs and chicken from the grill menu – grilled butterflied chicken breast with slow roasted pork ribs marinated in Italian herbs. It was a good thing I packed the wet wipes though because it wasn’t the cleanest food to eat! 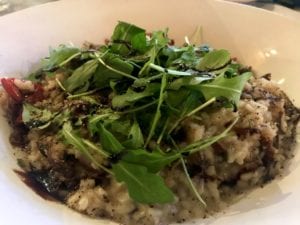 I’m vegetarian/mostly vegan and am on a healthy eating mission this January so I was pleased to see so many healthy choices and even separate vegan and gluten-free menus so you don’t have to spend ages rooting though the main menu for something to eat. I opted for the vegan mushroom risotto (which can be made gluten free on request and is also less than 600 calories) accompanied by roasted Mediterranean veg. It was delicious!

The children had Chilly Billy fruit ice lollies for their dessert while Cardiff Daddy chose the vanilla and mascarpone cheesecake, topped with chocolate tagliatelle and served with a pot of fresh cream.

If that tempts you, then take advantage of Bella Italia’s Kids Eat Free offer where children can dine for free with the purchase of an adult main until 9th February. See here for details.

Banish the Blues with a great film